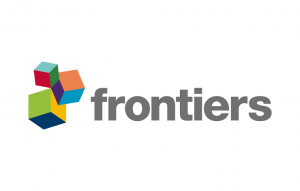 The basal forebrain cholinergic nuclei (BFCN) provide the main cholinergic input to prefrontal cortices, the hippocampi, and amygdala. These structures are highly relevant for the regulation and maintenance of many cognitive functions, such as attention and memory. In vivo neuroimaging studies reported alterations of the cholinergic system in psychotic disorders. Particularly, a downregulation of nicotinic and muscarinic acetylcholine receptors has been found. Crucially, such alterations in neurotransmission have been associated with cognitive impairments and positive and negative symptoms. Recent pharmacological studies support these findings, as they demonstrated an association between the manipulation of cholinergic transmission and an attenuation in symptom severity. Targeting acetylcholine receptors has therefore become a focus for the development of novel psychopharmacological drugs. However, many open questions remain. For instance, it remains elusive what causes such alterations in neurotransmission. While evidence supports the idea that BFCN structural integrity is altered in schizophrenia, it remains to be determined whether this is also present in other psychotic disorders. Furthermore, it is unclear when throughout the course of the disorder these alterations make their appearance and whether they reflect changes in the BFCN alone or rather aberrant interactions between the BFCN and other brain areas. In this review, the specific role of the BFCN and their projections are discussed from a neuroimaging perspective and with a focus on psychotic disorders alongside future directions. These directions set the stage for the development of new treatment targets for psychotic disorders.